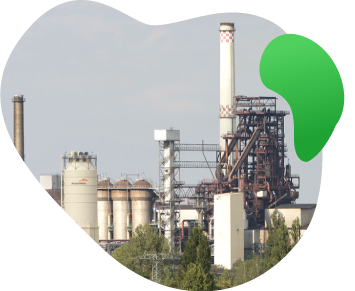 HOW DID YOU GET IN TOUCH WITH US?

The VEO GmbH is, among other things, responsible of the safe operation, servicing, and maintenance of approximately 500 transformers within the entire metallurgical complex of ArcelorMittal at Eisenhüttenstadt.

At the end of September, 2014, our company held a seminar on transformer life expectancy and improvement of operational safety. During this seminar, Ms. Dutertre, a member of your team, very clearly presented the consequences of fires and explosions in oil-filled transformers caused by internal arcing faults.

We were also presented with information on the protection system that the company developed to eliminate the risks of explosions and to prevent oil fires, the TRANSFORMER PROTECTOR (TP).

HAS THERE EVER BEEN A TRANSFORMER EXPLOSION AT ARCELORMITTAL AND, IF SO, WHAT WERE THE CONSEQUENCES?

From what I have heard, there was a transformer fire in our plant in the 1950’s. As an industrial engineer, I myself experienced the consequences of a 110 kV oil converter burnout in 1993. An arc was formed in the interior of the combitransducer because of ferroresonance; the resulting buildup of pressure led to the explosion of the 400 liter oil-filler converter.

The entire 110 kV switch panel was destroyed. The fire spread to adjacent equipment, causing a power failure and significant damage to the switchgear building. The heat evolved from the fire melted the insulators of the bus bars together which then collapsed. The desoldered pipes of the compressed air generation system fueled the
acceleration of the fire. 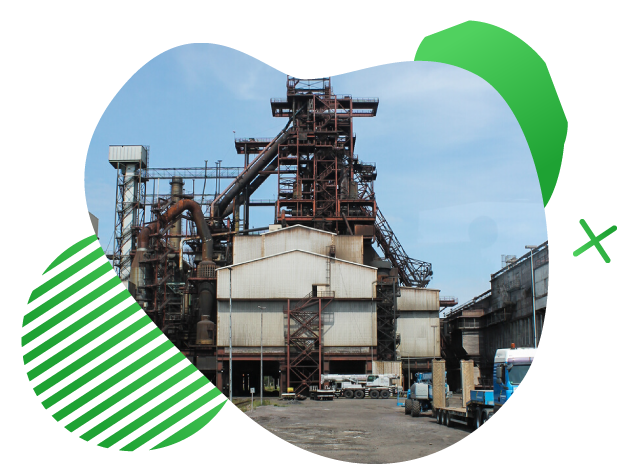 CAN YOU TELL US THE REASONS WHY YOU CHOSE THE TP?

The reason is the major potential impact of an accident:

TRANSFORMER PROTECTOR (TP) retrofitted a 30 MVA transformer. This transformer supplies an electric ladle furnace in the converter steelworks of ArcelorMittal. This transformer is exposed to high dynamic stresses and fatigue due to frequent shutdowns and starts.

Furthermore, the location of the transformer presents a high potential danger. It is located between 2 converters, in very close proximity to the ladle furnace inside the steel mill. This risky location is unavoidable since a very high current rate of up to 40 kA is needed.

The transformer room is at a height of 4 m and lies directly above the 10 kV oven switchgear, the control room with the transformer protection and control panel, and the hydraulic chamber. A building wall in the direction of a large exhaust pipe consists only of thin gypsum boards.
Personnel working in the furnace control station are within the same building at the level of this transformer.

Can you give us the various key facts on this project?

Since the TP was a new technology for us, we first looked at reference projects in March 2015. Specifically, we visited a TP installation in EDF Hydroelectric power plant in France and talked to the team involved with the explosion protection equipment. Afterwards, we provided details the company, as requested in their questionnaire, describing both the technical features of our transformer and our specific wishes for the execution of the project.

The team then developed a preliminary project study based on this information and proposed a budget.

After a successful technical and commercial study, in September 2015 we commissioned the retrofitting of the ladle furnace transformer with the TP at; the components were produced in the year after the submission and confirmation of the design documentation.

It was challenging for us find and agree with steel production on a time window for the furnace shutdown to retrofit with the TP. We succeeded in convincing the responsible persons from the steelworks of the importance of the project; in March 2016, a 10-day halt in production was approved.

CAN YOU TELL US THE REASONS WHY YOU CHOSE THE TP?

The main challenge was the very small time window for the completion of the project. We had stopped the ladle furnace in order to install the explosion protection.

Six companies with about 30 employees had to be coordinated simultaneously in a tight space – all while the production of steel continued in the neighboring converters. To meet the tight schedule, certain components, such as the TP Control Box, the Inert Gas Cabinet and the Explosion Gases Evacuation Pipes were installed in advance of the actual project start and necessary wall breaks were prepared.

Standard stainless steel tubes were used to save time rather than carbon steel pipes which require painting and internal coating.

The manhole plate for the connection to the transformer vessel and the oil / gas separation tank was also prefabricated.

Thanks to the good partnership and cooperation of all companies involved in the project, the organization of a multi-shift work schedule to overcome the spatial constraints, and the professional guidance by a supervisor who had worked on the project since its preliminary stage, the transformer could be put back into service on time for production after 10 days. Something important for us: all work was accidentfree!

To whom would you recommend the TP?

Particularly for applications of oil-filled transformers, in which personal injury cannot be ruled out in case of accident. We also recommend the TP where high demands are placed on the reliability of the power supply and also in the case where a company lacks a replacement transformer and would be financially impacted following the loss of a transformer due to an electrical fault.

Are you planning further projects with the TP?

In 2014, we put a new block into operation at our gas power plant and switched off several old inefficient steam generators and turbines; but we do not have a replacement for the 70 MVA block transformer of the generator.

The retrofit of this transformer with an explosion protection from TP protects us in the “worst case” against a long-term production loss and provides us with a cost-effective alternative to the purchase of a replacement transformer.

This project is planned for the coming year

Enjoying steel-related news? get updates on TP within the steel industry